What's monasticism?  The institution of monasteries.  What's a monastery?  It's a place where monks live.  So what's a monk?

Literally a monk, "monachus" in medieval Latin, was someone who lived by himself, solitary (from the root mono-, one).  And the first monks were indeed solitary men, hermits we would now call them, starting in the third century in Egypt.  At the time there were a number of comfortably settled Christian communities in Egypt, and Anthony, monasticism's founder, thought that it had become too easy just to be a "Christian on Sunday" and headed out into the desert in search of a simpler, purer, life.

The problem with hermits is that someone can just make up his own rules, and it can be hard for others to tell the God-inspired recluse from the crazed vagrant.  Quickly hermits started gathering in groups, where they could help and correct each other, under the authority of an elected leader, the abbot (from abba, meaning Father).  These were the first real monasteries.

The New Testament is full of radical calls to give up one's possessions and one's comfortable life.  For the last two thousand years, there have been periodic waves of enthusiasm for doing so.  In the Middle Ages, these most commonly led to new, stricter versions of monasticism. 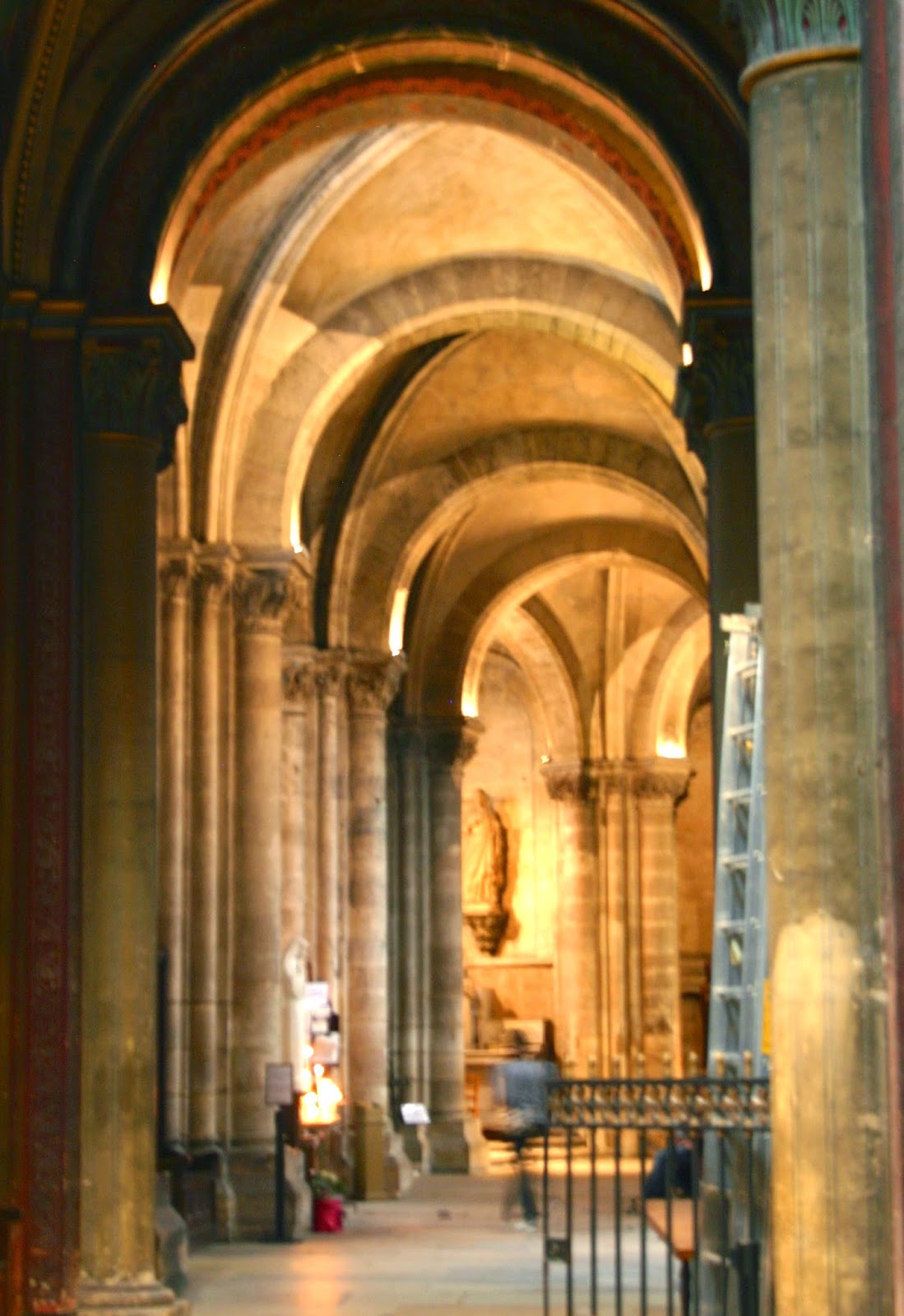 At any self-respecting monastery, the monks gave up all the comforts and pleasures of ordinary life.  They lived in common, sharing their possessions rather than owning anything of their own--as the Bible says the original Apostles did.  They slept in a dormitory with skimpy bedding.  They all wore the same standard-issue robes and had their beards and heads shaved, leaving just a circle of short hair around a shaved crown.

They ate a vegetarian diet, with no meat, though they did have cheese and eggs and, occasionally, fish. They spent their days in prayer, in singing the psalms, and in reading and copying books, both religious books and books of history, including works of classical antiquity.  Indeed, we would know virtually nothing about classical (pagan) Rome if it were not for archaeology and for medieval monks copying their writings from fragile papyrus onto more durable parchment.

Although early monks were all men, women too soon wanted to become monks (as discussed more here).  Nunneries, monasteries for women (now often called convents), soon became established, although for most of the Middle Ages there were far more monks than nuns.  Men thought that nuns should have an easier regimen than monks, more blankets on the bed, a richer diet, less hopping up in the middle of the night for the liturgy.  The nuns disagreed.  If men could be strict, they wanted to be just as strict.

Both men and women gave up marriage, sex, and family in "converting" (as it was called) to the monastic life.  Once you'd made your vows, you couldn't pop home for a vacation or change your mind.  A runaway monk or nun, with a shaved head, was pretty obvious.

Parents might offer a child to a monastery or nunnery, knowing they might never see that child again.  One sometimes sees mistaken suggestions that parents disposed of excess children in this way, but in the relatively underpopulated Middle Ages, when all children were cherished, this was quite a wrench, done both as a sacrifice on the parents' part (a large gift was also expected to accompany the child) and to give the child a good shot at salvation.

People could and did convert to the monastic life as adults, often in widowhood, but sometimes in enthusiastic young adulthood.  If someone was married, the spouse also had to "leave the world" for the monastic life.

The wealthy who did not want to become monks and nuns themselves often made gifts.  "The monks are so holy, they lead such a simple life of poverty so far from civilization, I think I'll go drop in on them and make them rich presents."  The wealthy never understood why monks were not as enthusiastic about this as they were.

For more on the medieval church, see also my ebook, Positively Medieval:  Life and Society in the Middle Ages.