We have no idea how lucky we are in the twenty-first century to have antibiotics.  Antibiotics were developed for the first time in World War II and have been highly successful in curing bacterial diseases and infections, the things that can kill you if not treated.  Unfortunately, overuse of antibiotics has led to bacteria who are resistant to most of them, so it's possible that the antibiotic era may not even last a century. 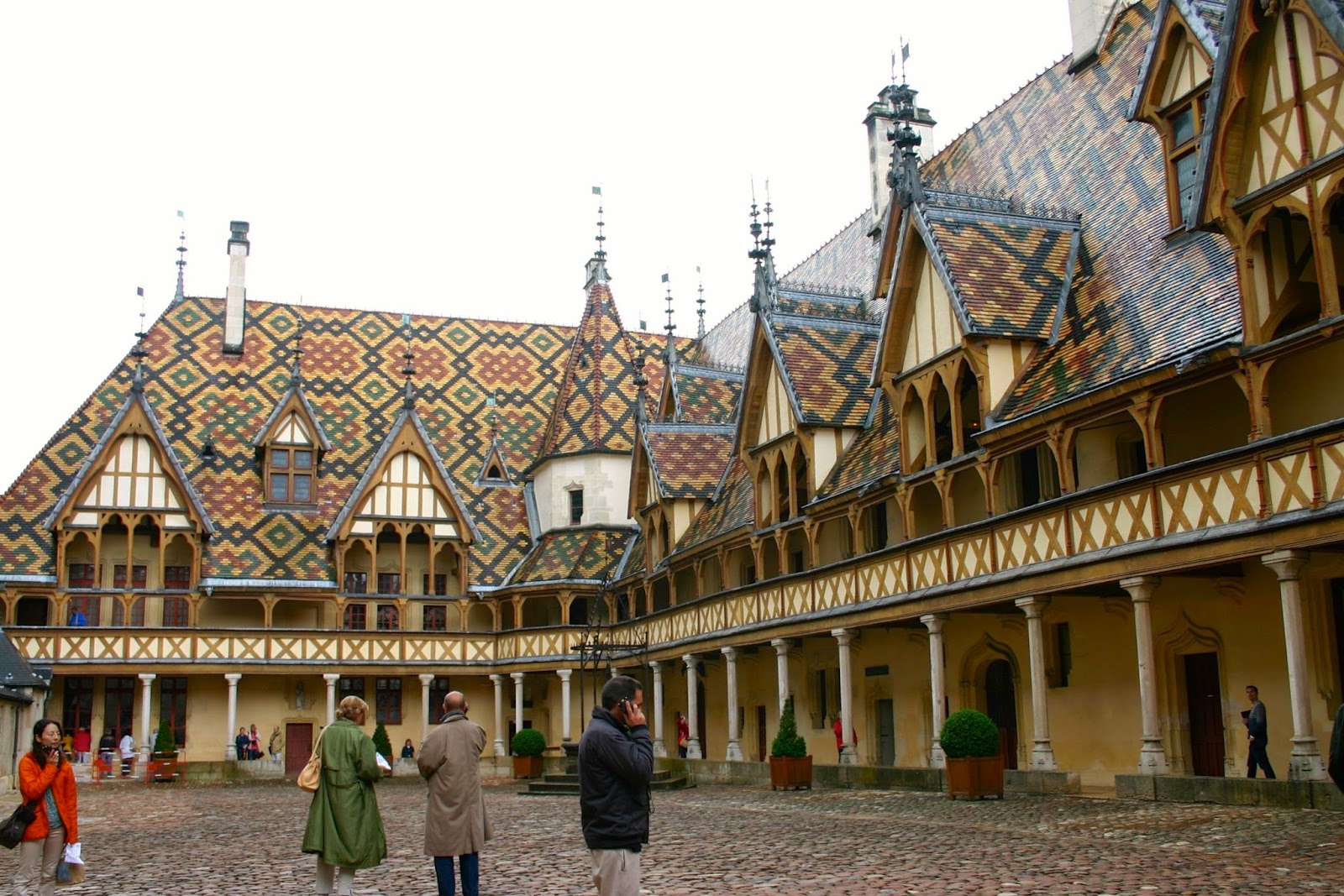 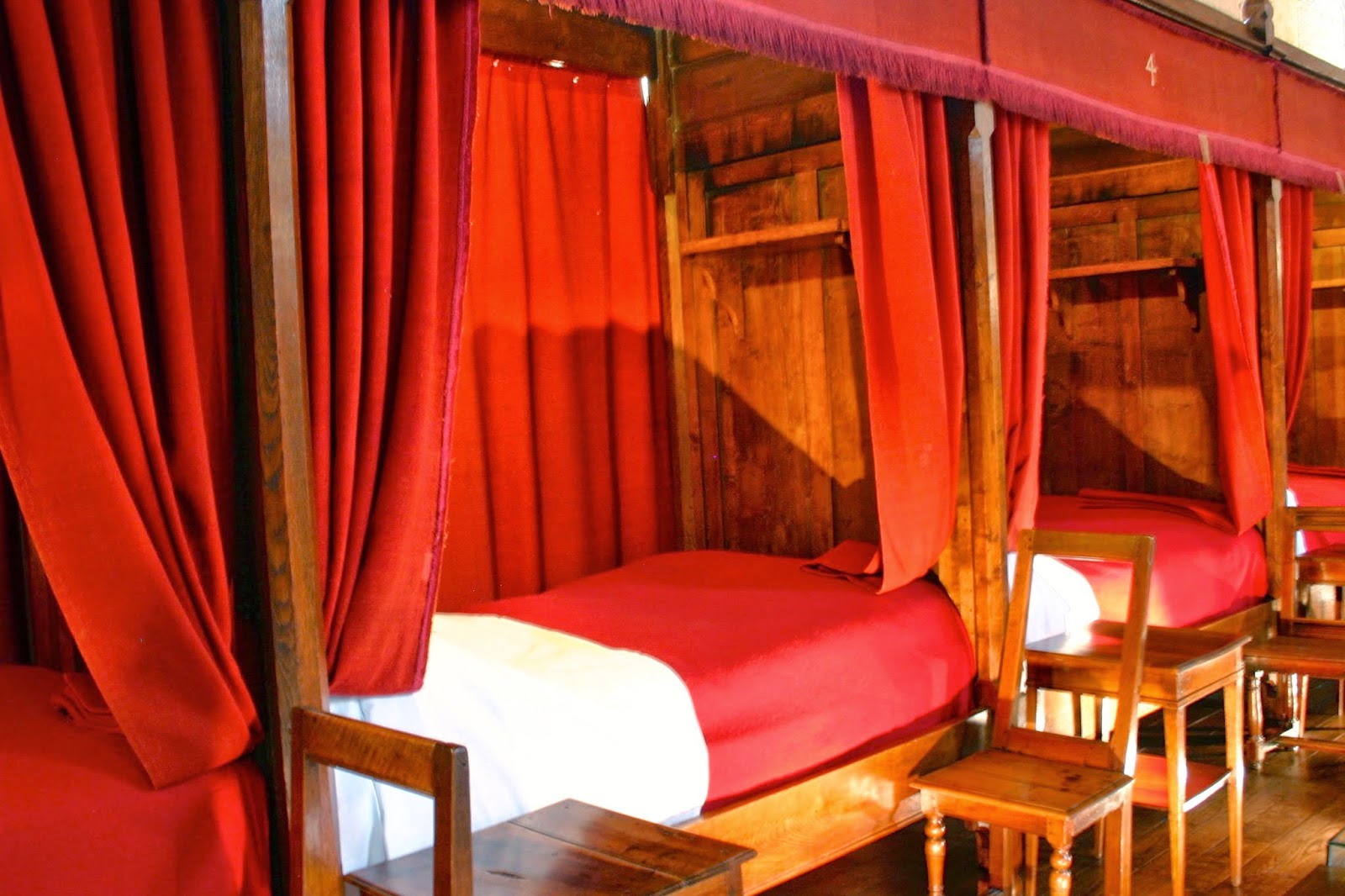 In the Middle Ages, without modern medicine, the normal way to treat disease was to keep the sick person warm and clean, feed them chicken soup, and sprinkle them with saint dust.  With luck, their own immune system would kick in and fight off the disease.  This obviously worked better against some diseases than others; it did not work at all against the Black Death at the end of the Middle Ages.

Starting in the twelfth century, the well-to-do felt it a pious duty to endow hospitals, buildings where large rooms would be lined with beds, where the deserving poor would be cared for by nuns (in England, nurses are still addressed as Sister).  Pictured above is the hospital of Beaune in Burgundy, built in the fourteenth century.  The beds along the walls, now with red blankets, had curtains in front for privacy and a hall running behind, hidden again by curtains, where the nurses would come and go.  It is now a museum, but it continued to be the town's municipal hospital until the middle of the twentieth century.

The doctors primarily had a very theoretical idea of medicine, derived from Aristotle, though barber-surgeons had a more practical knowledge of human bodies and could set bones and cut off gangrened limbs (without anesthetics, of course).  It is probably not surprising that most people were worn out in their fifties (see my post on life expectancy).

Still, the Middle Ages did better at medicine than the Renaissance and early modern period, when it was decided that dangerous diseases needed powerful medicines.  Mercury became a popular cure.  It never worked, of course, "proving" how dangerous the disease was.

Medieval people believed in a bath every week, not because they liked being dirty, but because if one has to heat a whole tub of water over a fire, it takes a lot of water and a lot of fuel that were too valuable to waste.  We now take turning the tap for a hot shower for granted, but the weekly bath was the norm in the US well into the twentieth century.

Aristocrats bathed more frequently, even daily if they had access to hot springs, and cleanliness was a mark of elegance.  Everyone did try their best to keep their teeth clean with twigs and their fingernails free of dirt.  (See my post on medieval teeth.)

© C. Dale Brittain 2014
For more on medieval hygiene and other aspects of medieval history, see my ebook Positively Medieval, available on Amazon and other ebook platforms.