Europeans are much closer to the Middle Ages than are Americans, because most European cities have, at their heart, the old medieval city.  A lot of the buildings may be post-medieval (say, sixteenth- or seventeenth-century), but the street layout will have changed little since the twelfth century, and the main church will be medieval. 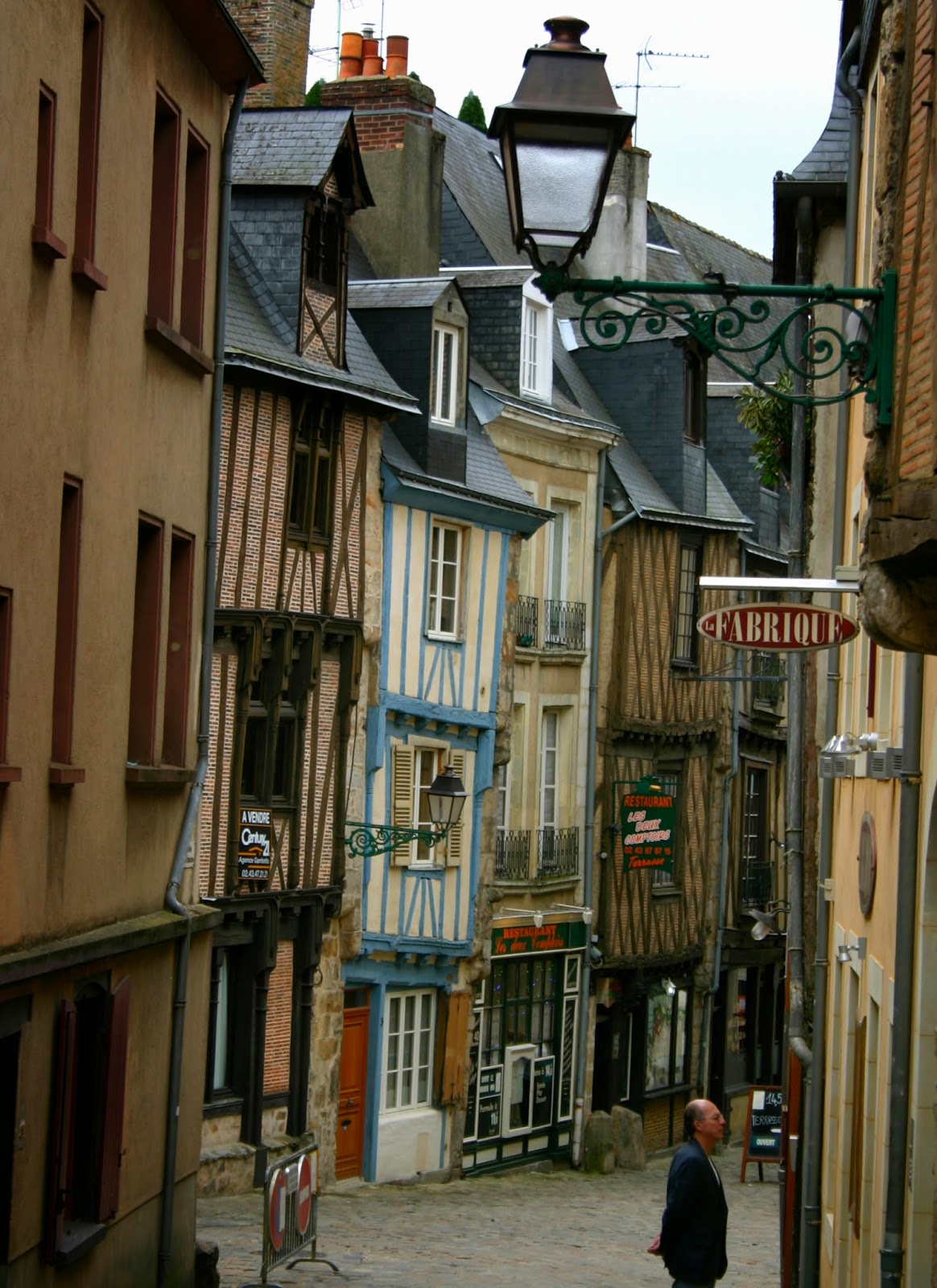 Not surprisingly, medieval streets, designed for foot traffic plus occasional carts and horses, are hopeless for modern traffic.  This did not keep people from trying (with greater or lesser success) to drive them for the first half of the twentieth century.  But starting in the 1970s, most European cities instituted pedestrian-only zones, closed to automobiles, available for delivery trucks only at certain times of day.

These pedestrian zones are now busy and bustling, full of shops and cafés.  If you squint just right, mentally blank out the plate glass windows on the first floors of medieval buildings, pretend that shoppers are wearing simple woolen clothing in grays and browns rather than fashionable get-ups, ignore the electric lights, and imagine that everyone is speaking Old French or Old Italian (etc.) rather than modern languages, you might be able to imagine yourself back to the late Middle Ages.  (Or, again, maybe not.)

Ancient Rome had been an urban civilization, and most cities in what is now France, Italy, Spain, and the Benelux countries have not only medieval but Roman origins.  These cities remained tiny throughout the early Middle Ages, but they were still religious, political, and commercial centers.  With the economic boom of the eleventh and twelfth centuries, these cities grew big by their standards, 10,000 people or even more (whoo hoo!).

Germany, which had never been part of the Roman Empire, also developed cities in the twelfth century, but they were new foundations.

The population growth of the cities was fueled especially by people moving into town from the countryside, preferentially young men trying to get ahead--or trying to get the heck away from home.