Life in a Medieval City

Medieval cities, as I've discussed earlier, grew rapidly in the twelfth century (a little earlier in Italy).  They might go within a generation or less from a small religious and political center--home both of a bishop and a count, but with maybe one or two thousand people at most--to a metropolis of ten thousand people (or more!).

This was not because urban women were especially fertile.  Indeed, women were definitely in the minority in a medieval city.  Rather, most of the growth of the city was due to immigration from the countryside.  A city was an excellent place for a younger son to find work and try to make his fortune, for a young man fed up with the narrowness of village life to find opportunities, and for runaway serfs to pass as free.

Cities quickly became divided into several major sections.  The bishop's cité surrounded the cathedral and in France was often enclosed by the old Gallo-Roman walls.  Both the count's castle and any major monasteries outside the bishop's enclosure would have their own walls.  The merchants and artisans had their own area, called the burg (from which we get burger and bourgeois).

Not surprisingly, these different areas did not always see eye to eye.  Disputes often grew up, for example, over who had judicial authority over someone who had committed a crime--and hence who got to fine him.  Nonetheless, all the groups realized they needed to work together, and by the end of the twelfth century they often had mutually paid for walls to encircle the entire city, churches, burg, castle, and all.  The area within these walls (now often replaced by a ring road) is the "old city" section of a modern European city. 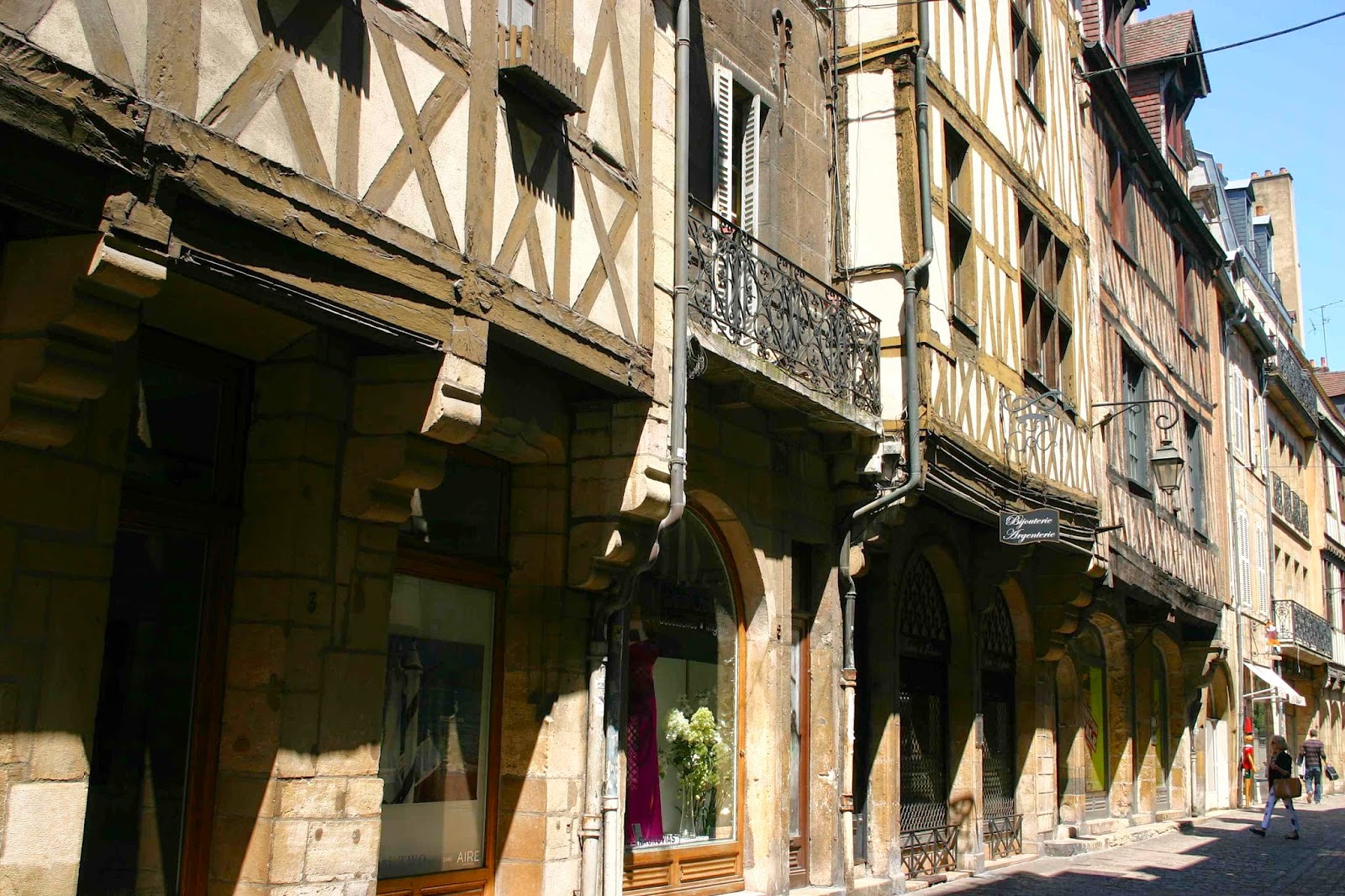 The burg wanted self-governance, and if the bishop and count would not grant a charter of liberties (as it was called), citizens of a French city would often petition (and pay) the king.  With their own city council and elected mayor, they would regulate building, paving, and sanitation, the same things a modern city government does, as well as regulate trade.  The guilds, with their own regulations (as discussed in the previous post), were very well represented on the city council.

Most city houses were wattle and daub (a less sturdy version of what we call half-timber), two or at most three stories tall, opening directly onto the street, with a little yard out back.  Here there would be the latrine, the kitchen, a small vegetable garden, and perhaps a few chickens or even a pig.  The heir to the French throne was killed in Paris in the 1120s while riding through the city, when a pig got loose and got tangled in his horse's legs, and the horse threw the youth.  (This was reported as a porcus diabolicus.)

Although modern movies show medieval people dumping slops into the streets, in fact city councils levied stiff fines against anyone throwing anything into the street.  Of course, given that most streets were dirt, and there were plenty of horses about, you would still not call the streets sanitary.  City councils were especially concerned about keeping the wells unpolluted.  Contaminated water, as they knew as well as we do, rapidly spread disease.

Fire was the other major threat, and medieval cities, full of wooden houses and thatched roofs, burned every generation or two.  Water barrels stood on every corner, and draining these fire barrels was almost as serious a crime as polluting a well.

Exciting as the city seemed, it was also considered unhealthy.  Children were generally sent to wet nurses in the countryside until at least a few years old.