We use the term "crusade" these days to mean a moral struggle, people rallying themselves to fight for the right (for example, World War II is sometimes described as a "crusade").  But look at the word; at its root it's something to do with a cross.  Its core meaning is Christians fighting for Christ, which in the Middle Ages usually meant killing Muslims (it's too late now to tell them it was a very bad idea, but we're still dealing with the aftermath).

(Interestingly, what we call a crusade was in the twelfth and thirteenth centuries just called going to Jerusalem.)

The First Crusade was successful beyond anyone's expectations, leading in 1100 to the establishment of the Christian Kingdom of Jerusalem.  As I've discussed elsewhere, winning essentially ended after that.  One of the biggest disasters (though it's hard to choose) was the Fourth Crusade of 1202.

This was after the 1187 fall of Christian Jerusalem and the failure of the 1189 Third Crusade to get it back.  But by 1202 hopes were high for victory.  A big army was assembled.  Planning to go by sea (rather than overland, since after all Frederick Barbarossa had died trying to go overland in 1189), the main army arrived in Venice, which had been busy building ships for them.

Here the Venetians came up with a startlingly large sum for their ships.  (Part of the problem was that the Venetians had been told to build ships for about three times as many Crusaders as actually showed up--and had done so, and didn't want to get stiffed for all that inventory.)  The Crusaders didn't have nearly enough money, and it was going to take more than a couple of bake sales to raise it.  So the Venetians suggested a compromise:  they would take much less if the Crusaders would first sack Zara, a trading rival to Venice, located in Croatia on the opposite coast of the Adriatic.

Zara was Christian (indeed Catholic), but the Crusaders needed those ships, so they took the deal.  The pope, understandably, was distraught when he learned about it and told the Crusaders to come home and be excommunicated.  Instead, trying to make up for this inauspicious beginning, the Crusaders pushed on, sailing to Constantinople.

The plan was to hook up with the Byzantines and together attack the Muslims in the Holy Land.  Popes had been hoping for over a century that such joint efforts might reconcile Latin Christendom and Greek Orthodoxy (though you'd have thought by now they would have figured out that it wasn't working).  Meanwhile, political infighting was going on in Constantinople, and the Crusaders were met in early 1203 by a claimant to the imperial throne who asked for their help in getting his "rightful" rule.

They threw themselves into it with enthusiasm.  Although they got the claimant crowned, one thing led to another, and in 1204 the Crusaders ended up sacking Constantinople (the claimant had been murdered in all the excitement).  Then they looked around and realized they'd just slaughtered a whole lot more Christians.  Whoops.

Very delicately worded letters were sent to the pope, saying how delighted he'd be to learn that Constantinople was now fully committed to Latin Christendom, no more schism here!  The pope even wrote back with congratulations before figuring out what had really happened.

The leaders of the Crusade headed west to "explain" more fully what had happened and to take home some of the great relics they'd obtained. Meanwhile, since  the westerners after all now controlled the city, they declared a Latin Empire of Constantinople.  Multiple French lords competed for who got to be emperor.  This Latin empire lasted only two generations, before the Byzantines took it back in 1261.  The long-term effect was just to weaken Byzantium, although it managed to hold on against the Turks until 1453.  But the Fourth Crusade never got anywhere near Jerusalem.

Posted by C. Dale Brittain at 6:25 PM No comments:

Boats were a major part of medieval transportation.  Without combustion engines or good roads, dragging loads along the land was very slow and inefficient.  Much more efficient was to float heavy goods on barges.  Every smooth-running river was full of boats and barges, carrying both people and goods.  Bridges had to be built high enough that boats could easily pass underneath.  The more expensive a trade good and the further distance it had come, the greater the chance that it had been on a boat.

Boats were powered either by manpower (rowing or poling), horse power (barges pulled along by a horse or mule on the towpath), or sail.  Sailing on the rivers was mostly to increase one's current-fueled speed and to improve steering.  Part of the reason the Burgundy region became a major center of wine-growing, even aside from its good soil and climate, was that it was easy to put wine barrels on barges and float them downstream to the large Paris market.

Sail really came into its own on the ocean.  Sailing ships had been found in antiquity, but there were many improvements to rigging and sails during the Middle Ages.  The boldest sailors, of course, were the Vikings.  They developed their longships in the late eighth century, ships that could be either rowed or sailed, were big enough to cross the open ocean, and shallow enough to row up Europe's rivers to find tempting targets to raid.  By the end of the tenth century, they had reached (progressively) Iceland, Greenland, and even what are now the Canadian maritimes.  (See more here.) 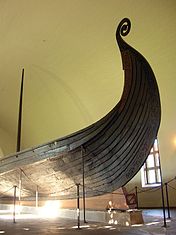 Other than the Vikings, most medieval sailors were hesitant about heading off out of sight of land.  Ships tended to hug the shoreline.  Those heading to the Holy Land from Western Europe on Crusade usually went by ship, as both quicker and (slightly) less dangerous, though shipwreck on the windy and treacherous Mediterranean was always a possibility.  At the beginning of the thirteenth century, when leaders of the Fourth Crusade were trying to book ship passage for their soldiers to get to the East, the Venetian ship-masters charged them such high prices that they had to accede to Venetian demands to sack one of Venice's trade rivals as part of the price.  (The Fourth Crusade was a disaster all the way around, but that's a different story.)

The biggest advance in ships in medieval Europe since the Viking longships came in the fifteenth century.  Prince Henry of Portugal, nicknamed "the Navigator," sponsored improvements in ocean-going ships that allowed Portuguese sailors to leave the well-known confines of Europe and the Mediterranean and start south along the coast of Africa.  Henry's purpose was to find a way to get to the Indian Ocean, where spices from the fabled Orient came on Arabic dhows (ships), to join trade networks that led to Europe.  He found Africa a lot bigger than he had anticipated, but quickly realized that trade and colonies in west Africa had a lot to recommend them in the meantime (ever wonder why Angola is Portuguese-speaking?). 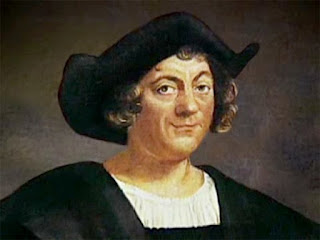 It was of course due to rivalry with Portugal that led the Spanish kings Ferdinand and Isabella to sponsor Columbus and his crack-pot scheme to reach the East by sailing west.  So the integration of the New World into European culture owes a lot of fifteenth-century ship building.

For more on medieval transportation, see my new ebook, Positively Medieval: Life and Society in the Middle Ages.