To a modern American, the Crusades were something very long ago and far away.  For those in the Middle East today, they are an ongoing issue.

With the rise of Islam in the seventh century, effectively ending the Roman Empire, the Middle East, north Africa, and the Spanish peninsula, all of which had been under Rome, became controlled by Muslim emirs and caliphs.  A century or two later, Christians in Spain slowly began trying to conquer the peninsula, working from the north to the south, a process not completed until 1492.  In the meantime, Christians and Muslims got along fairly well in Spain when they weren't fighting each other.

But it seemed disturbing to Europeans north of the Pyrenees (who didn't really worry about Spain) that the Holy Land was not under Christian control, as it had been until the seventh century.  Pilgrims had always been able to visit Jerusalem and Bethlehem, but by the eleventh century this didn't seem like enough. 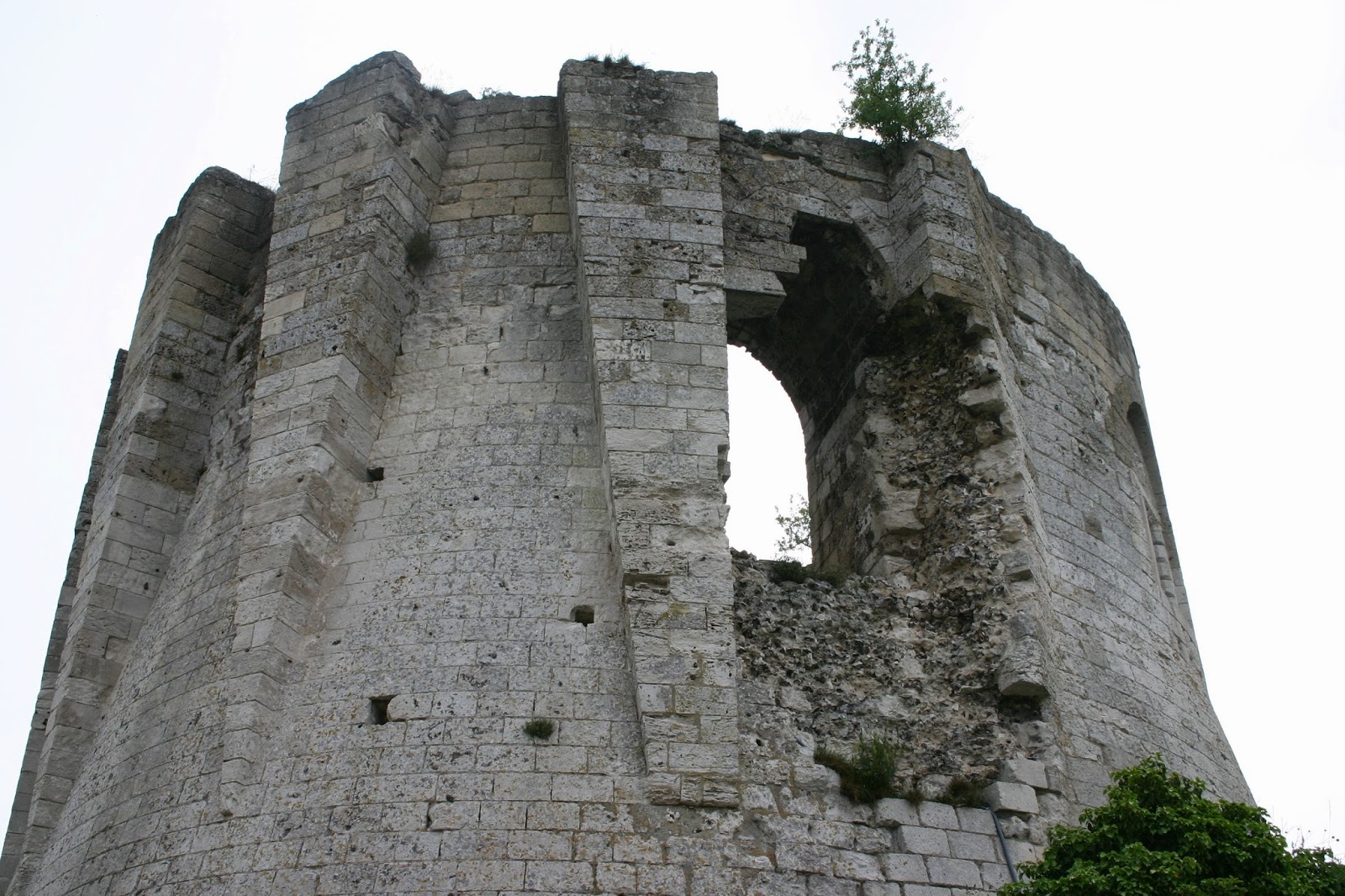 The First Crusade was launched in 1095.  Originally the pope who called for the expedition to the Middle East was just responding to a request from the Byzantines, the Greek Orthodox Christians in what is now Turkey, for mercenaries to fight the Turks.  But in urging knights, uneasy about how killing people might imperil their souls, to go fight Muslims, he gave them a way to save their souls by using their fighting skills in the Middle East.

To everyone's surprise, including theirs, the First Crusade was a success, capturing Jerusalem and establishing the Christian Kingdom of Jerusalem.  It lasted until 1187, when Turks under Saladin conquered it.  The Third Crusade was launched in 1189 as a failed effort to get it back.

King Richard the Lionheart of England was on that Crusade and loved every minute of it.  The image above is of his castle of Château-Gailliard in Normandy, the construction of which (after he got home) was inspired in part by castles in the Middle East.

Today, to modern Americans, the word "Crusade" means a moral struggle.  But to Muslims in the modern Middle East, it means Christians invading Muslim territories.  In the aftermath of 9/11, President George Bush announced a "Crusade" against terrorism, which made perfect sense to Americans, it meant we were going to stand up to terror.  But to Muslims, it meant Christians planning to kill Muslims.  (A former graduate student of mine is working for the National Security Agency.  She got to President Bush just too late.  He never used the term again, but the damage was done.)

For more on Crusades and so much more, see my ebook, Positively Medieval: Life and Society in the Middle Ages.