A cathedral is not merely a big church.  It is the church of a bishop, the head of the church in his region. When the Roman Empire became Christianized, starting in the third century and especially in the fourth, each administrative unit of the Empire got its own bishop, elected by the local Christians.  The cathedral, that is the bishop's church, was the first church of a region.  The earliest churches date from the fourth century, when Christianity became tolerated in the Empire, so people dared worship publicly rather than in secret. 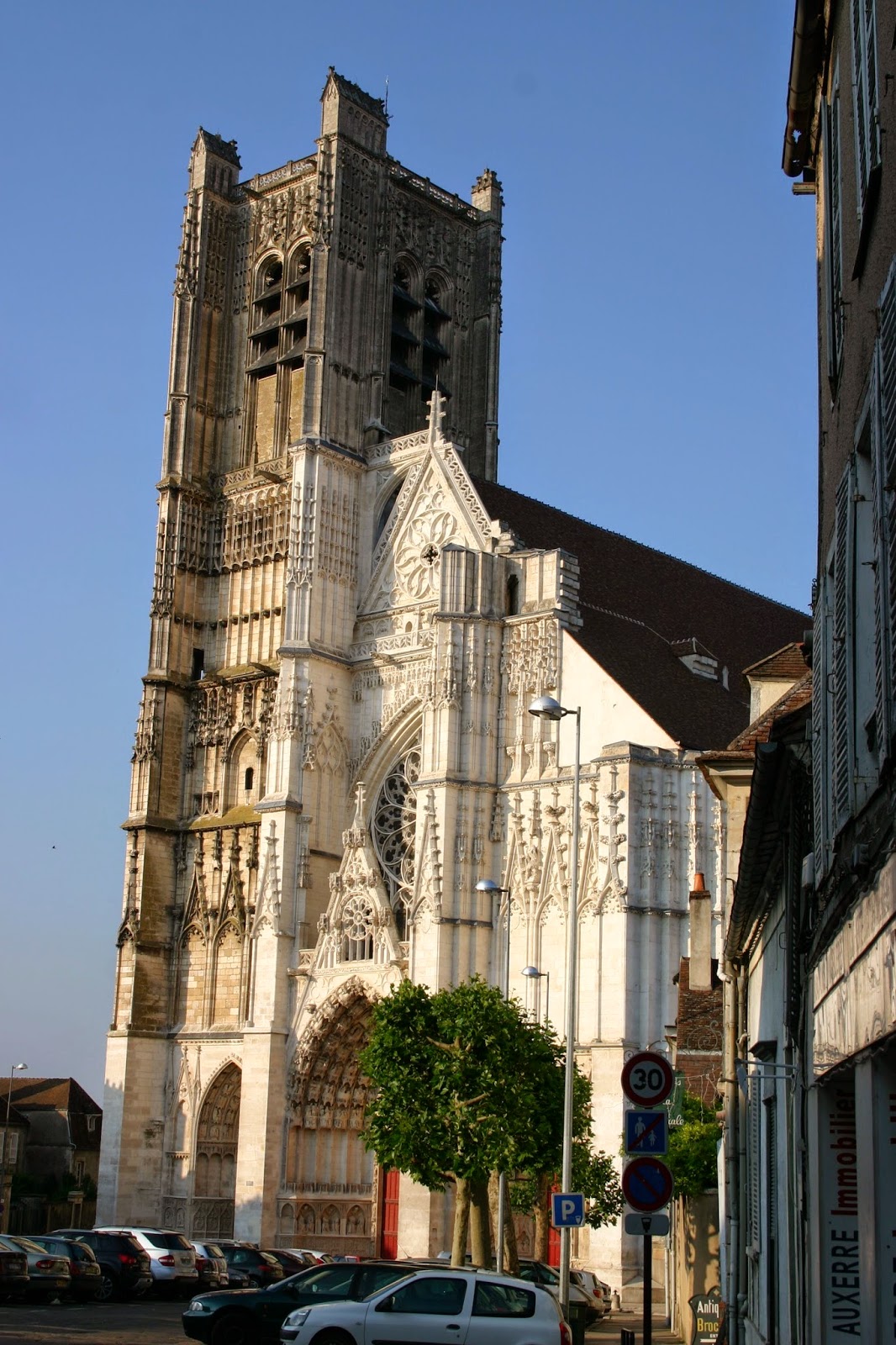 Soon other churches grew up in the cities around the cathedral, including churches attached to monasteries.  Every century or so the cathedral priests would decide their church was hopelessly old-fashioned and rebuild.  There are essentially no remnants of cathedrals built before the eighth or ninth centuries, because they have been rebuilt so many times.  Occasionally, however, a cathedral may still have its sixth-century crypt, where important people were buried.

The twelfth century was a period of rapid growth, in population, in the economy, and in religious enthusiasm.  Many eighth- and ninth-century cathedrals were rebuilt then, and the monasteries were also rebuilding their churches.  In the late twelfth and thirteenth centuries, when the new Gothic style was coming in, marked by greater height and more windows, those cathedrals that had not already been rebuilt undertook new building programs.

(One assumes that the monastic churches, which had looked very new and modern in the early twelfth century, looked very dark and old-fashioned compared to Gothic, but the monasteries had already spent their money and couldn't undertake new renovations.)

Cathedrals were now so big that they might take generations to build.  Auxerre cathedral, seen above, was begun in the thirteenth century and finished (more or less) in the fourteenth.  It was intended to have two towers on the front but only has one, because the money ran out.

They were designed and built by professional architects and stone masons.  There is now a popular though mistaken belief that ordinary people built cathedrals.  But without knowing what you are doing, it is extremely hard to work stone and make it come out right.  Most of Europe's cathedrals today are primarily products of the thirteenth and fourteenth centuries.  They were big, they were extremely expensive, and they were highly decorated, to the glory of God.  There might be major changes to the interior decoration, but the exterior has stayed the same since the Middle Ages.