Horses and Horseshoes for Medieval Knights

In the popular imagination, medieval knights rode enormous horses, like modern draft horses (such as Clydesdales or Percherons).  But this is not the case.  As the term "draft horse" should suggest, these are bred to "draw" heavy loads, plows, wagons, harvesters and the like.  They have very wide backs and would thus be very awkward to ride, as your legs would stick out sideways.

Instead medieval knights rode horses closer in size to the modern Morgan horse, a full-sized horse, certainly, but not an enormous one.  A horse with a little Arabian blood was considered excellent; Arabian horses came from Muslim-controlled territories in Spain. 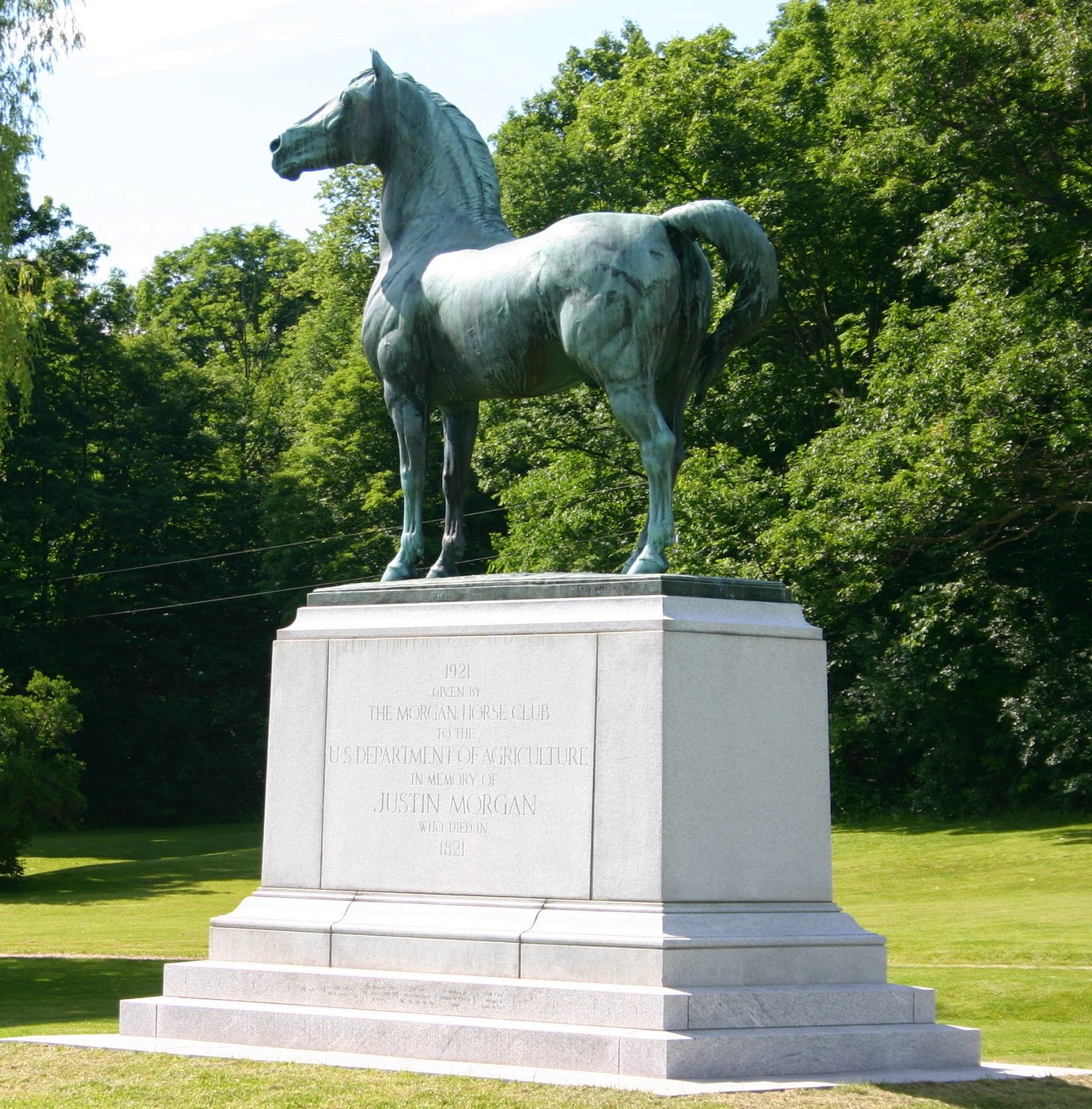 The picture above is a statue of a Morgan horse from the national Morgan center in Vermont.

A well equipped knight would actually have several horses, including pack animals, one to ride just to get someplace, and a warhorse for battles or tournaments.  Horses intended for ladies to ride were supposed to be docile and slightly smaller than horses for men.  Both men and women rode mules, crosses between horses and donkeys, though mules did not make good warhorses.  Women generally, though not exclusively, rode side-saddle.  Horse training was a specialized activity, and knights would develop close relationships with their horses, with which they worked every day.

Toward the end of the Middle Ages, when plate armor had become very heavy and cavalry had become fairly useless in actual battles against cannons, somewhat larger horses were bred for tournaments, to carry a knight whose armor weighed so much that he might have to be winched up onto his horse, rather than being able to mount.  But the horses were still not the size of Percherons; Percherons do not gallop well, and the rider's legs have to reach down to the stirrups.

As I noted in a previous post, knights were only possible once horseshoes developed and became widespread in the tenth century, to replace the bronze horse sandals that the Romans had used.  Horse sandals had little wires that one could twist to keep the sandals on, but not surprisingly they tended to fall off a lot.  Horseshoes, made of iron, were nailed to the horse's hooves as they still are today, providing protection so that the hooves did not wear down, fatally crippling the horse.

Iron was scarce and expensive when horseshoes first developed, so that a horse with four shod hooves was worth double the price of an unshod horse, the origin of the idea that horseshoes are lucky.

Click here and here for more information on knights.

For more on medieval knights, see my new ebook, Positively Medieval: Life and Society in the Middle Ages.