I'm a fantasy writer as well as a medieval historian, so I periodically get asked why I don't write straight historical fiction, stories set in the real Middle Ages.  Perhaps the closest I've come is in Count Scar, which I co-wrote with my husband, Robert Bouchard. 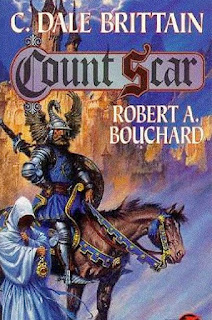 It's set in a thinly disguised version of southern France in the early thirteenth century, in the aftermath of the Albigensian Crusade.  But it has magic as well!  The story is about Galoran, a scarred warrior and younger son who unexpectedly inherits the county of Peyrefixade in the Pyrenees, and Melchior, a magic-working priest who is assigned as his spiritual advisor.  The two men do not initially trust each other, but they are forced to work together.  The county is threatened by heretics, who have "sort of" been defeated but have their eyes on the castle of Peyrefixade, rumored to shelter, in some hidden corner, an ancient and enormously powerful magical talisman.

Then there's plenty of betrayal, sword fights, sword & sorcery, a touch of romance, and the like.  Here's the link on Amazon.

We wrote it as a series of alternating first-person chapters, each of us taking one of the two main characters.  See if you can guess which one of us wrote which.  Writing with a co-author can be exciting, because the other person can think up plot details that you never would have thought of, but then they'll add a plot twist at the end of their chapter, leaving you to figure out what can possibly pull this out.

Although the people and the county of Peyrefixade are fictional (as is the magic-working Order of the Three Kings to which Melchior belongs), we tried to make the setting as accurate as possible.  Besides such obvious things as castle architecture, weapons, diet, and oaths of fealty, we tried to give the characters the attitudes and outlook real medieval people would have had:  tolerance of different viewpoints for example was never official policy.  I've never liked purported historical fiction where the characters are just modern people wearing old-timey outfits.  The magic of course is not historical, but given that the medieval church was the main center of learning and education, it made sense that if there was magic, priests would study it. 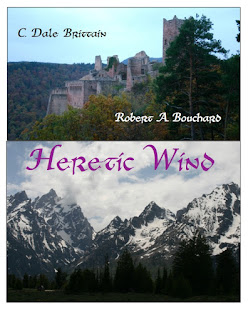