Keeping Warm in the Middle Ages

Without modern furnaces or space-heaters, there were only two ways to keep warm in a medieval winter:  fire and the animal heat of other living creatures.

We take fireplaces for granted, and indeed fireplaces were a medieval invention.  They came in originally during the twelfth century but did not become common until the thirteenth, and were very much something for the elite.  Before then, and for peasants throughout most of the rest of the Middle Ages, the normal source of heat was a fire pit in the middle of the room.  The smoke found its way out through small holes under the roof. 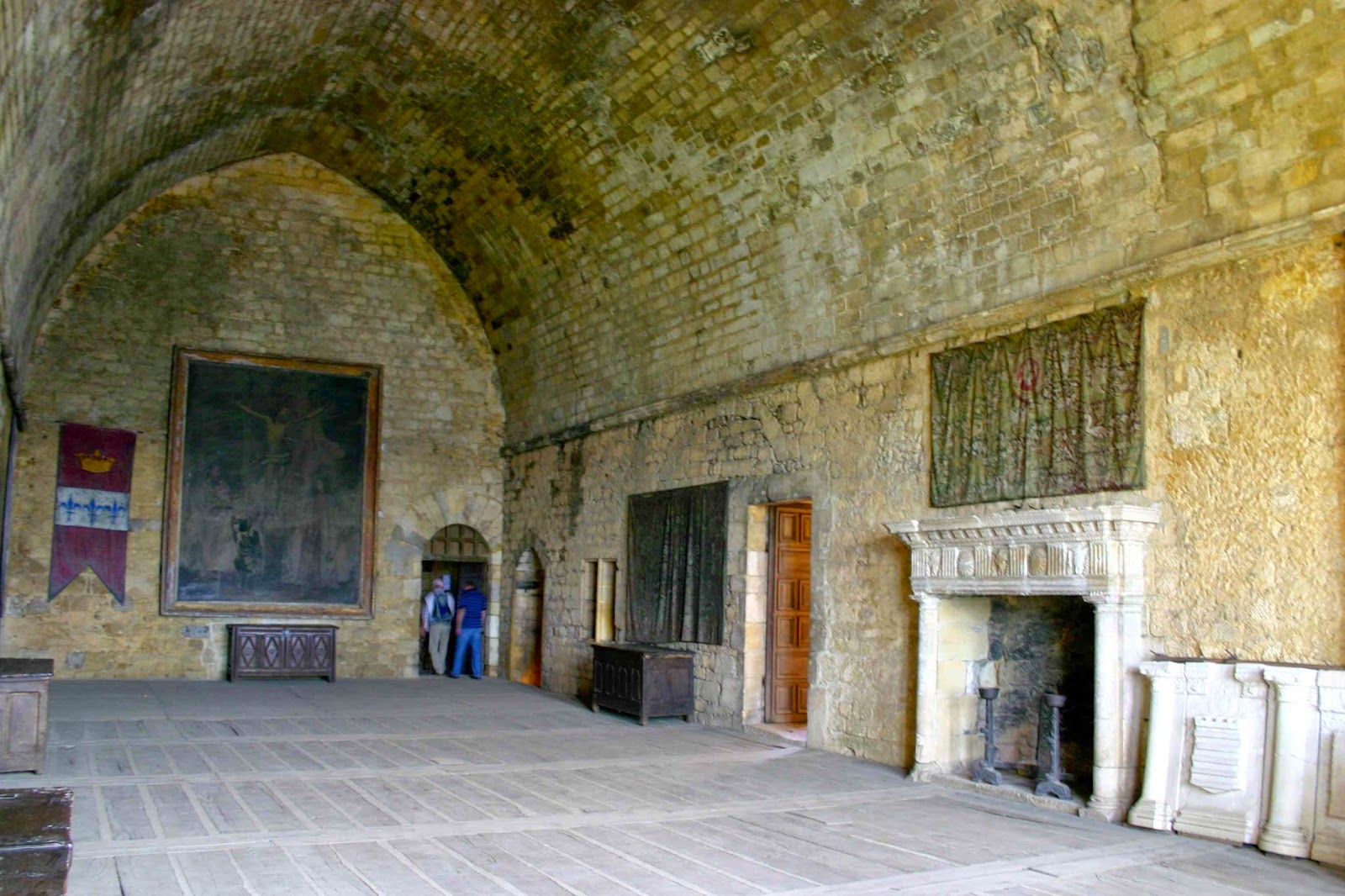 Although one would always reek of woodsmoke from such an arrangement (and probably wouldn't do one's lungs any favors), it was much more efficient in heating a building than was a fireplace.  A modern fireplace is very inefficient, with most of the heat going up the chimney along with the smoke.  It is pleasant on a cold night but not particularly warming--unless the furnace has quit and it's all one has.  Because making a good masonry fireplace and chimney that would not themselves catch fire was expensive, and because one needed a lot more wood to keep a place warm with a fireplace than with a fire pit, only the wealthy could afford one.

Other than fire, one had to rely on animal heat.  Even now, except in the coldest climates, barns are not heated, because all those animals close together can keep the place (reasonably) warm.  Medieval peasants typically had houses built right up to where they kept the animals.  The animals did not actually share their living space, but they were close enough to keep it from freezing.

Then there was snuggling up with other people.  Twin beds would have made no sense for ordinary people in the Middle Ages; you wanted to sleep close to other people, with or without the activities that "sleeping together" now implies.  Today those who enjoy winter camping have down sleeping bags.  The Middle Ages did not have Goretex but it certainly had featherbeds, wool blankets, and furs to keep them warm at night.  The temptation to spend much of the winter in bed must have been strong, especially for the peasants, who had few chores that needed doing in the coldest part of the year, other than seeing to their animals.

In monasteries, the monks did actually have separate beds and just a few blankets, deliberately kept minimal because one's life was supposed to be simple and hard.  Otherwise, how could one rise above luxuriating in things of the flesh?

We have no idea how lucky we are with modern high efficiency furnaces.  For that matter, medieval people would have killed for the wood stoves ("Franklin" stoves, invented by Ben himself) of the late eighteenth century.

See more here on winter in the Middle Ages.

Email ThisBlogThis!Share to TwitterShare to FacebookShare to Pinterest
Labels: fireplaces in the Middle Ages, medieval heat